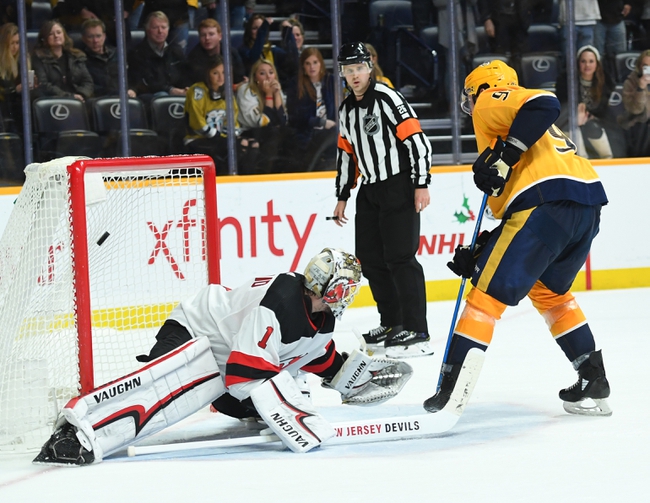 Where to Watch: NBCS, TVA Stream live sports and exclusive originals on ESPN+. Sign up now!

The Nashville Predators and New Jersey Devils meet Thursday in NHL action at the Prudential Center.

The Nashville Predators have won five of the last six meetings against the Devils, and I guess that's good enough reason to make them favorites in this spot. However, we're getting a rested team in the New Jersey Devils at home with plus money. The Nashville Predators have not only been poor on the end of back to backs, but they've also been horrible defensively for much of this month, an issue that's not going to be fixed playing on tired legs. There's good value with the New Jersey Devils in the underdog role.