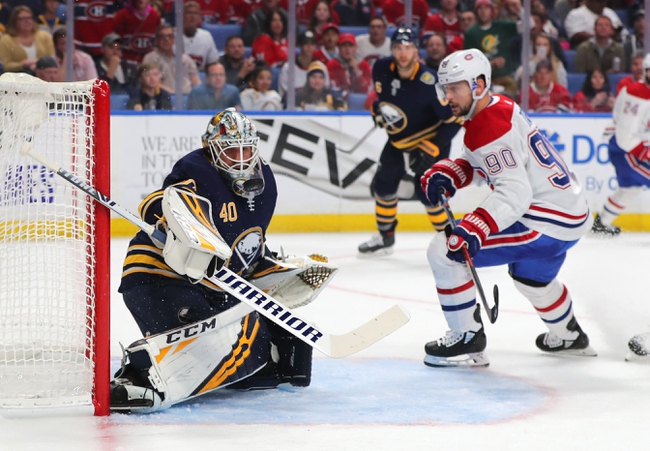 The Montreal Canadiens and the Buffalo Sabres meet in an Atlantic division matchup in NHL action from the KeyBank Arena on Thursday night.

The Montreal Canadiens will look to rebound after a 4-2 loss to the Washington Capitals in their last outing. Jeff Petry opened the scoring for the Habs just 1:55 into the game before Tom Wilson tied the game at one with just a minute and a half to go in the opening period. Washington surged ahead 3-1 by the end of the 2ndbut Dale Weise would cut the deficit to 3-2 early on in the 3rd period. That was as close as Montreal would get the rest of the way though, despite outshooting Washington 15-12 in the 3rd, as the Habs would be unable to find a game-tying goal. Carey Price took the loss, falling to 20-17-4 on the year after giving up 3 goals on 39 shots faced in the losing effort.

The Buffalo Sabres will look to rebound from back-to-back losses after a 5-2 loss to Ottawa last time out. Ottawa opened the scoring just under four minutes into the game before Sam Reinhart tied the game at one on the power play for Buffalo later in the 1st. The Sens re-took the lead in the 2nd before Jack Eichel tied the game again just under four minutes later. The tie would hold up into the 3rd before Ottawa took the lead for good just before the nine minute mark of the final frame. The Senators potted a pair of empty-netters two minutes apart to seal the win and send Buffalo back with a loss. Linus Ullmark took the loss, falling to 16-14-3 on the year after allowing 3 goals on 33 shots faced in the losing effort.

I wish I could say Buffalo and a low price at home makes sense, but the problem is that Buffalo isn’t playing well enough right now to give any sort of low line/plus money any sort of value. Montreal lost their first game after the break as well, but losing to Washington is a better loss than losing to Ottawa at home. I just am in no position to back Buffalo right now, so it’s Montreal or pass for me in this game.