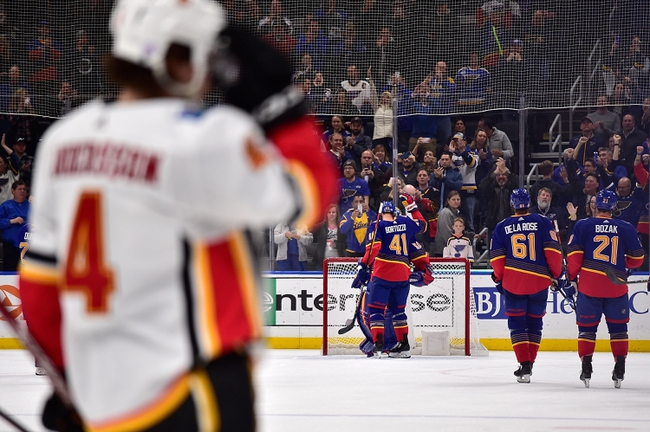 The St. Louis Blues and Calgary Flames meet Tuesday in NHL action at the Scotiabank Saddledome.

The St. Louis Blues have had recent issues on the road, and they're running into a hot team that's well rested. The Calgary Flames have been solid defensively during this winning stretch and should have a major advantage at home against a team that played last night. I'll take the Flames on their home ice.