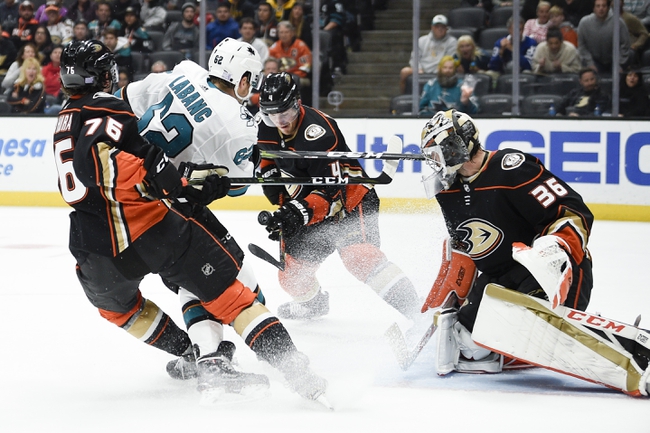 Where to Watch: PRIT, NSCA Stream live sports and exclusive originals on ESPN+. Sign up now!

The Anaheim Ducks and San Jose Sharks meet Monday in NHL action at the SAP Center.

I'm not trying to back the Anaheim Ducks on the road no matter how much plus money you give me, but I'm certainly not laying juice with the Sharks. Both of these teams are rough defensively and seem to allow three or four goals on a good night. When these teams met back in November they produced a combined eight goals, and five of the last six meetings between the Ducks and Sharks have produced six or more goals. The over is a strong trend when these teams play and it's also a strong trend in Ducks' road games. Give me the over.