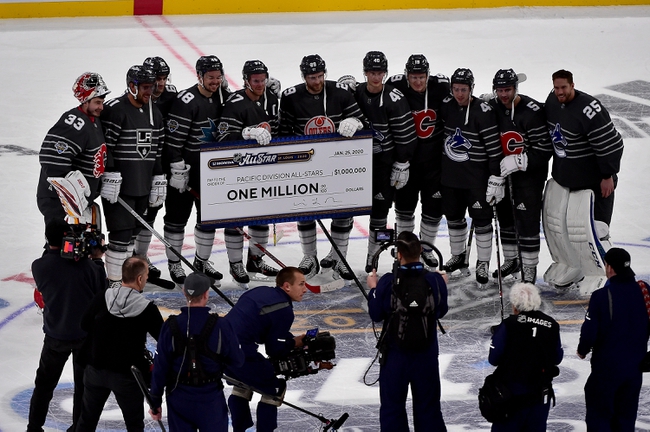 This past week was shortened in the NHL due to the All-Star Weekend that ceased play from Thursday till today. There were still a few meaningful games in the NHL in the early part of the week, so let’s take a look at the rankings.

The Caps were off last week and have not played since their 6-4 win over the Islanders. They remain the toughest team in the league exiting the All-Star break.

The Bruins took care of the Golden Knights 3-2 in their only game of the week. They currently own the league’s second-best point total.

The Pens were blanked by the Flyers in their only game of the week. They are still scorching hot and will look to continue their run after the break.

The Blues did not have any games last week and will look to end their two-game slide in their next game tonight in Vancouver.

The Islanders beat their rival New York Rangers at MSG 4-2 for a much-needed win. The Isles start to the second half of the season is crucial.

The Avalanche took care of the lowly Red Wings at home last Monday and now they are set to start a five-game road trip.

The Bolts have been off since Jan 17th, a game in which they destroyed the Jets 7-1 in Winnipeg.

The hottest team in the NHL, the Blue Jackets took down the Jets to extend their winning streak to six games. Watch out for Columbus, this team is playing with a ton of confidence.

Similar to Columbus, the Cats have been on fire, as they also have a six-game win streak. They start the second half with three eastern conference road games.

The Canes got back on track with a 4-1 victory at home over the Jets. Carolina is going to be in a very tight playoff hunt in the Metro division.

Vancouver did not have any games last week but they won 4 of 5 to enter the break. The Canucks have a tough schedule ahead, with many road games against above .500 teams.

No games for the Oilers last week but Leon Draisaitl played very well in the All-Star game!

The Stars did not play last week, but other teams were able to close in on them after they dropped 3 of 4 heading into the break.

The Leafs had a free schedule last week and they were able to get some well-needed rest. They will certainly want a better second half of the season.

No games for Calgary last week. Their second-half starts intense, with games against the Blues and two vs Edmonton.

Like many of their fellow western conference foes, the Coyotes did not have any games last week. They have some winnable games ahead that are neccessary to make the postseason this year.

A loss to the Bruins ends the first-half sourly for VGK. They have lost six of their last seven games. Ouch!

Chicago fell back to earth after their loss to Florida. That ended a nice five-game win streak that may have put them back in the hunt, at least for a little while.

The Wild dropped a game to Florida and defeated the Red Wings to end the first half of their season.

No games for Montreal last week but they enter the second half playing better fundamental hockey.

Empty schedule for Nashville this week, which is not a bad thing for a team with this much frustration.

Buffalo ended their first-half schedule on Jan 18 with a loss to Nashville.

The Rangers lost to the Islanders at home on Tuesday and head into the second half of the season with a home and home with the Red Wings. Delicious!

The Sharks had to keep their three-game losing streak on hold last week with no games on the docket.

The Ducks did not play last week but are riding their two-game victory streak into the second half.

New Jersey was also off last week, but Nico Hischier held his own in All-Star weekend.

L.A. also had a clear schedule last week and will have some eastern conference matchups in the near future.

Ottawa did not have any action last week, but Anthony Duclair was a great All-Star and I am very happy for him.

Tyler Bertuzzi was snubbed of All-Star MVP! Change my mind!