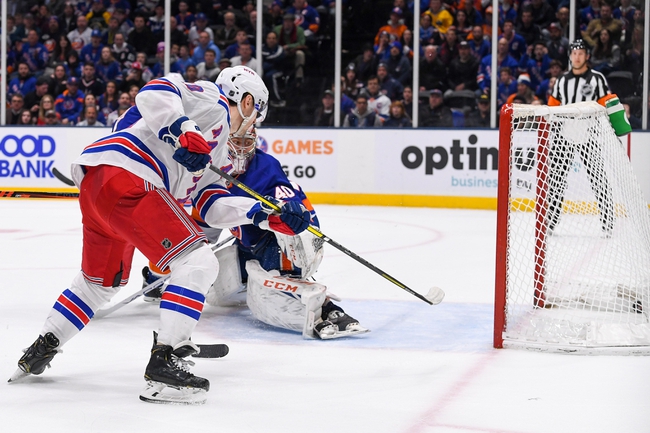 Where to watch: MSG+, MSG Stream live sports and exclusive originals on ESPN+. Sign up now!

The New York Rangers just beat the Islanders twice over the last week, winning by a combined score of 9-4, and they've won four of the last five meetings overall. The New York Islanders are still one of the more profitable teams in the sport, but they're also getting waxed on the defensive end and have cooled off big time in terms of victories. Given what we saw last week and the fact the Islanders are cooling off rather quickly, I'm not sure how you turn down the Rangers at home and the plus money.