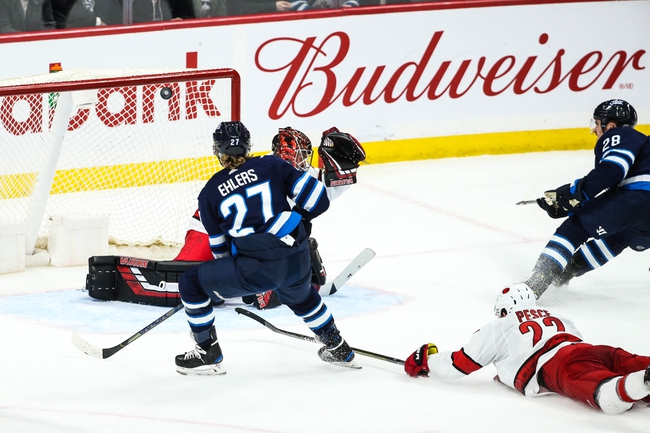 Where to watch: FSCR, TSN3 Stream live sports and exclusive originals on ESPN+. Sign up now!

The Winnipeg Jets and Carolina Hurricanes meet Tuesday in NHL action at the PNC Arena.

The Winnipeg Jets are watching their defense fall apart and the losses start to pile up, and they've provided no value in the underdog role much of the season. The Carolina Hurricanes have been very consistent defensively as of late and that's going to lead to a ton of victories moving forward if it continues. The Hurricanes have played their best hockey at home and they beat the Jets by three goals when they met about a month ago. I'll take the Hurricanes at home and the PL for added value.