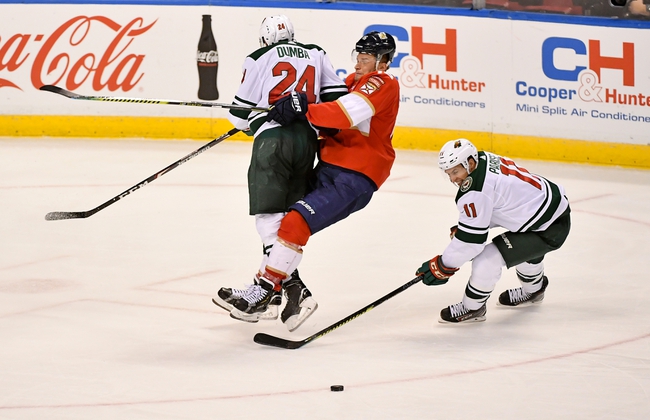 The Florida Panthers and Minnesota Wild meet Monday in NHL action at the Xcel Energy Center.

The Minnesota Wild have won seven of the last 10 meetings against the Panthers, but they're not in a position to be favored given losses in six of their last nine and an offense that can't help out an improved defense lately. The Florida Panthers are finally putting together consistent hockey and the defense has stepped up despite injuries to their goaltending. The Panthers cant afford to cool off if they hope to keep chipping away in the playoff standings. I'll take the hotter team and the plus money. You can never go wrong in spots like this.