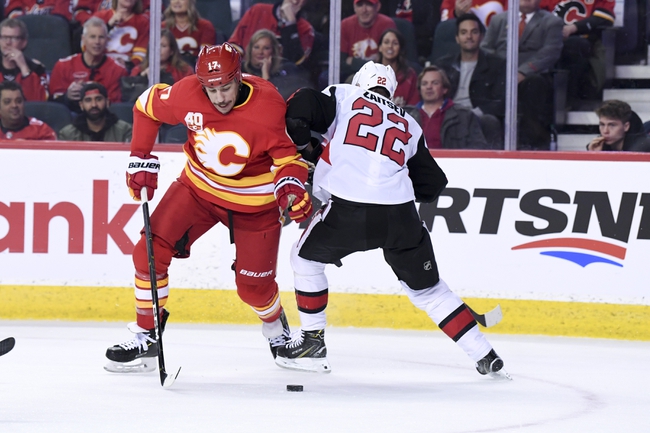 Where to watch: RSNW, TSN5 Stream live sports and exclusive originals on ESPN+. Sign up now!

The Calgary Flames and Ottawa Senators meet Saturday in NHL action at the Canadian Tire Centre.

The Ottawa Senators should run into a win one of these days, but hockey is often about riding the hot hand and fading the cold hand and simply knowing when to stop. Nobody should be backing a team that's riding a nine-game losing streak and gets blasted nightly on the defensive end. The Calgary Flames are playing some of their best hockey of the season, but even if they weren't, anything is better than what the Senators are going through. The fact this price is under -200 feels like a steal. Give me the Flames on the road.