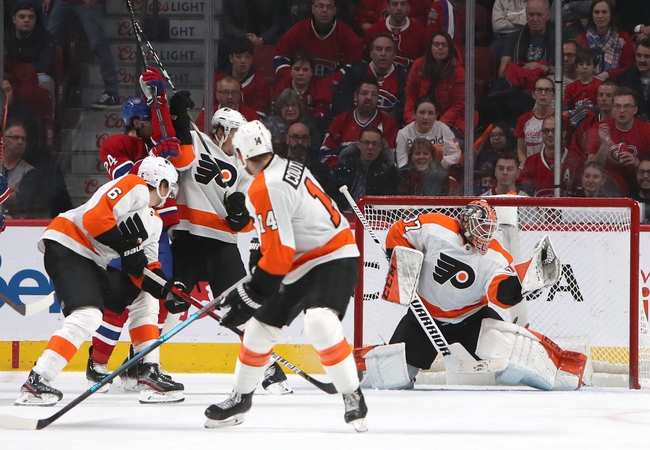 Where to Watch: TSN2, NSPA Stream live sports and exclusive originals on ESPN+. Sign up now!

The Montreal Canadiens and Philadelphia Flyers meet Thursday in NHL action at the Wells Fargo Center.

The Philadelphia Flyers have won seven of the last nine meetings against the Montreal Canadiens, and they're playing better hockey overall entering this matchup. The Montreal Canadiens are unbackable in their current form and have played some of their worst hockey on the road. With both teams on the end of a back to back, I'll side with the Philadelphia Flyers at home and the reasonable price.