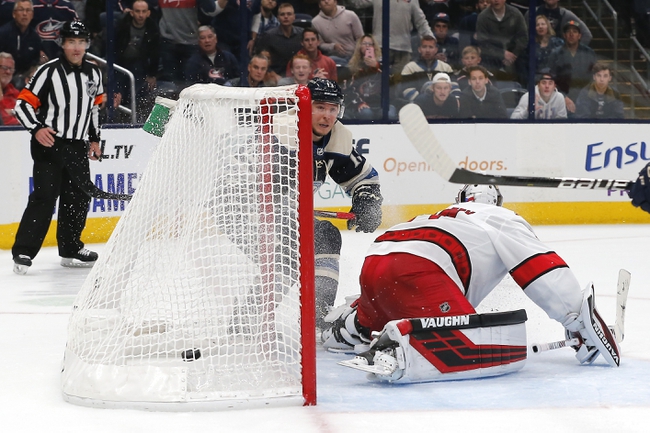 Where to Watch: FSCR, FSOH Stream live sports and exclusive originals on ESPN+. Sign up now!

The Carolina Hurricanes and Columbus Blue Jackets meet Thursday in NHL action at the Nationwide Arena.

I don't understand why the Columbus Blue Jackets continue to get these prices, as they've done nothing but play quality defense and come away with some impressive victories. It makes no sense to me, especially when they're at home. The Columbus Blue Jackets have also won four of the last five meetings against the Carolina Hurricanes, so this line is even more confusing. Either way, I'm taking the plus money with the Blue Jackets and not thinking twice.