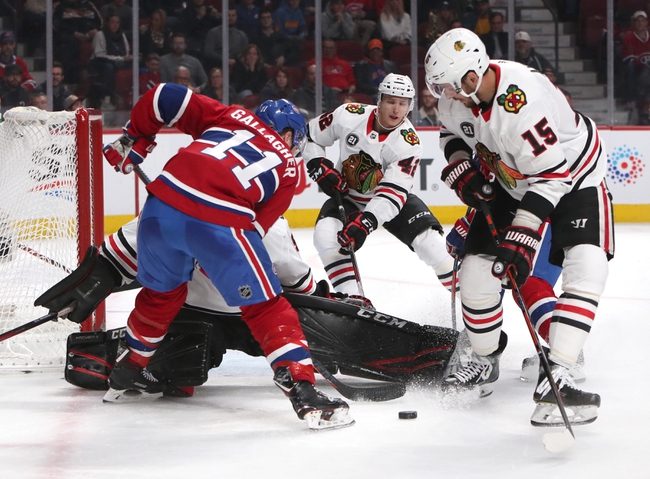 Where to Watch: NSCH, RDS Stream live sports and exclusive originals on ESPN+. Sign up now!

The Chicago Blackhawks and Montreal Canadiens meet Wednesday in NHL action at the Centre Bell.

The Chicago Blackhawks are on the end of a back to back after playing an overtime game in Ottawa, so Montreal should have the edge based on the rest advantage. However, the Chicago Blackhawks have won eight of the last 10 meetings against the Canadiens and are playing well enough overall to where you can strongly consider them in spots like this. The Blackhawks defense has picked up a lot over these last two weeks and they've also held their own on the end of a back to back. I don't see how anyone can turn down this price with the road team.