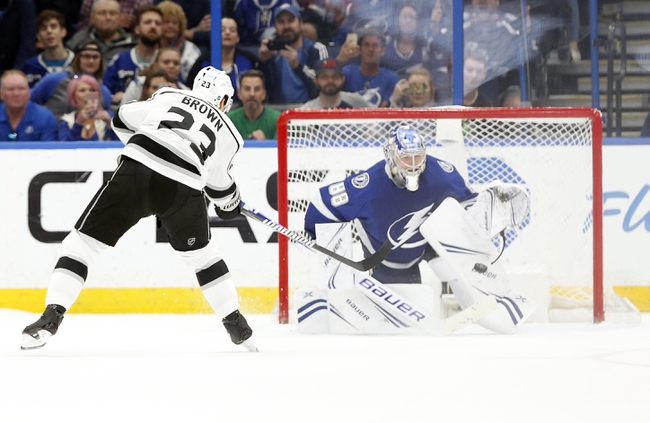 Where to Watch: FSW, SunS Stream live sports and exclusive originals on ESPN+. Sign up now!

The Los Angeles Kings can't win on the road and haven't provided much value in the underdog role, so it's tough to back them against a Lightning squad that seems to have figured it out. The Tampa Bay Lightning have caught fire over these last couple of weeks and are a win away or two from putting themselves in the black for their bettors. The Tampa Bay Lightning have won each of the last six meetings against the Sharks and those games have been decided by an average of 2.5 goals. I'll back the Lightning and the PL for added value.