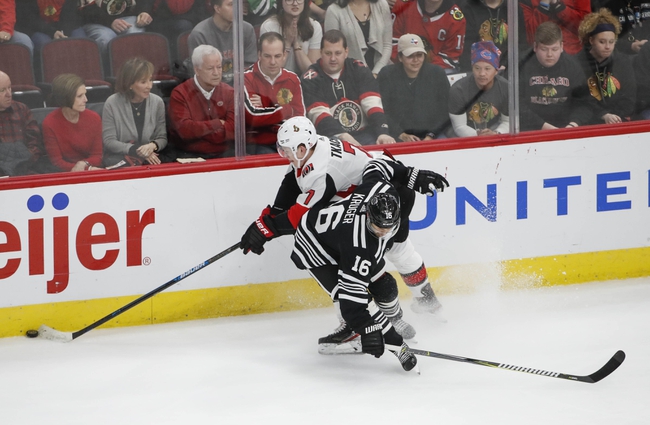 Where to Watch: NSCH, TSN5 Stream live sports and exclusive originals on ESPN+. Sign up now!

The Chicago Blackhawks and Ottawa Senators meet Tuesday in NHL action at the Canadian Tire Centre.

The Chicago Blackhawks have won each of the last five meetings against the Senators and eight of the last 10 meetings overall. The Blackhawks have shown improved effort over the last couple of weeks and can be a profitable team if they continue to fight defensively. The Ottawa Senators are back in one of their losing slumps where nothing goes right and they're unbackable to bettors. The Senators are currently a top-five worst team to back in terms of money lost. I'll gladly take the Blackhawks and the cheaper price.