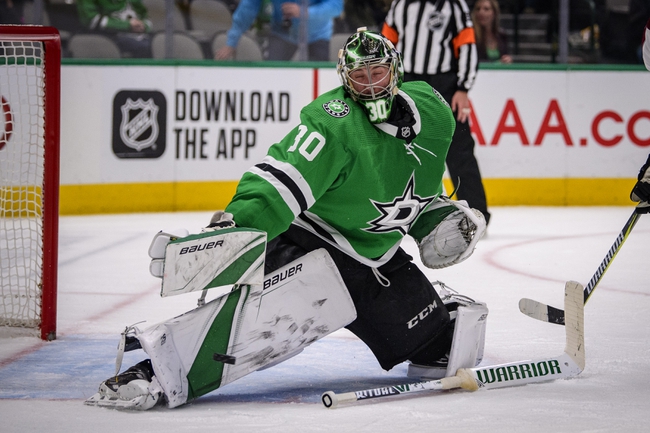 Where to Watch: FS-West+, Altitude Stream live sports and exclusive originals on ESPN+. Sign up now!

The Dallas Stars and the Colorado Avalanche meet in a Central division matchup in NHL action from the Pepsi Center on Tuesday night.

The Dallas Stars will look to rebound from a 2-1 loss to San Jose in their last outing. Jamie Benn opened the scoring for the Stars just 1:32 into the game, but the Sharks would tie the game at one later in the period before the Sharks took the lead early on in the 2nd period. Dallas outshot the Sharks in the 3rd 11-7, but the Stars wouldn’t be able to find a game-tying goal in the rest of the 2nd and all of the 3rd period as San Jose held on for the win. Anton Khudobin took the loss, falling to 11-6-1 on the year after allowing both goals on 26 shots faced in the losing effort.

The Colorado Avalanche will look to snap a three-game losing streak after a 4-3 overtime loss to Pittsburgh in their last outing. Nathan McKinnon opened the scoring for the Avalanche with the lone goal of the opening period before Pittsburgh tied the game with six and a half minutes to go in the 2nd period. Gabriel Landeskog restored Colorado’s lead just under five minutes later, but Pittsburgh would tie the game again just 1:14 into the 3rd and would take the lead with just over four minutes to go. Matt Calvert tied the game at three for the Avs in the last minute of the game to force overtime, but it was all for naught as the Penguins scored the OT winner with just under two minutes to go in the extra frame. Pavel Francouz took the OT loss, falling to 11-4-2 on the year after giving up all 4 goals on 30 shots faced in the losing effort.

Dallas has had their issues playing at the Pepsi Center over the years, but right now, the Stars are just playing much better than Colorado right now, and while home ice has usually been a safe haven for the Avalanche, Colorado just doesn’t have their mojo going right now. I just think there’s a lot of value to be had with the Stars in this spot, so I’ll take Dallas and the plus money here.