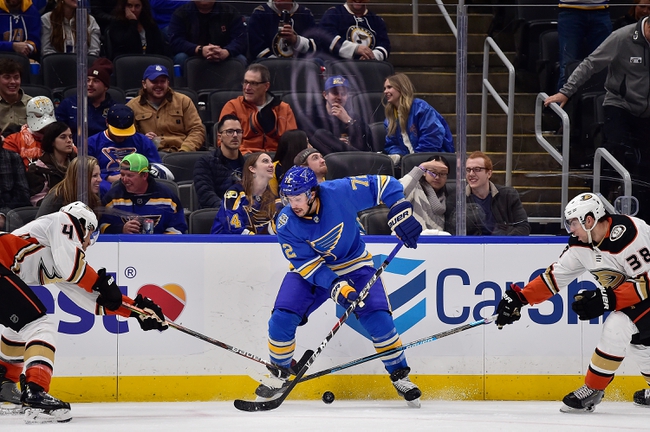 Where to Watch: PRIT, FSMW Stream live sports and exclusive originals on ESPN+. Sign up now!

The Anaheim Ducks and St. Louis Blues meet Monday in NHL action at the Enterprise Center.

The Anaheim Ducks simply can't win on the road and they have a defensive issue that goes with them no matter where they play. The St. Louis Blues remain in this ridiculous winning stretch where they bully their opponent and make them work hard for anything and everything they get. The Ducks aren't the team that's going to slowdown these Blues, especially on the road. Give me the Blues for another victory and I'll take the PL to shave down an expensive ML price.