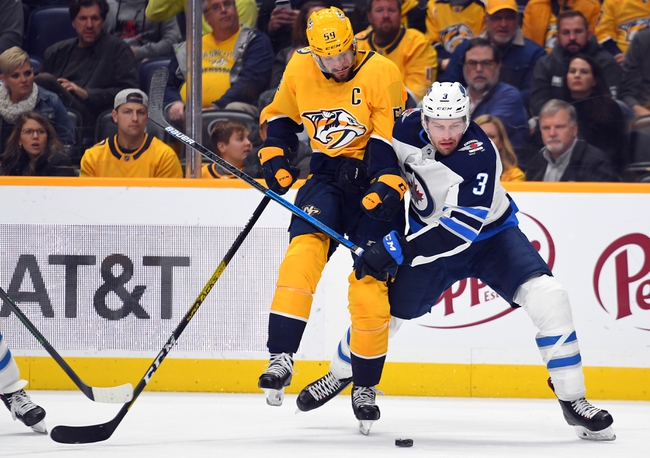 Where to Watch: TSN3, FS-Tennessee Stream live sports and exclusive originals on ESPN+. Sign up now!

The Nashville Predators and the Winnipeg Jets meet in NHL action from the Bell MTS Place on Sunday afternoon.

The Nashville Predators will look to build on a 5-2 win over the Chicago Blackhawks in their last outing. Viktor Arvidsson opened the scoring for the Preds just 3:16 into the game before Colin Blackwell and Matt Duchene pushed the lead to 3-0 by the end of the 1st period. Chicago pulled one back with the lone goal of the 2ndperiod and cut the deficit to 3-2 early in the 3rd before Nick Bonino and Pekka Rinne, yes you heard that right, Pekka Rinne, scored on an empty net :15 apart to restore the three-goal cushion. Rinne got the win between the pipes to improve to 15-9-3 on the year after stopping 29 of 31 shots faced in the winning effort.

I get that Nashville put up a solid win on the road against Chicago last time out, and Winnipeg hasn’t been as good at home as they’ve been on the road which is a bit strange. But this line makes no sense to me. The Predators are still not a team I’m looking to back right now and I still don’t think that John Hynes is the right guy to lead the Predators. Winnipeg is a better team than what they’ve shown lately, and the Jets have had Nashville’s number in recent meetings. I’ll take Winnipeg and the plus money here.