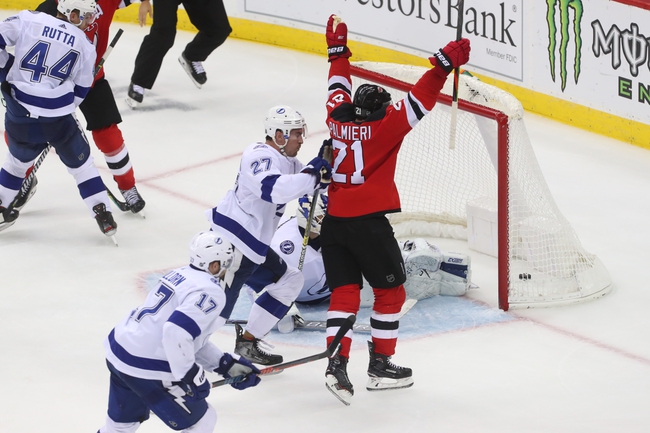 Where to watch: MSG+, SunS Stream live sports and exclusive originals on ESPN+. Sign up now!

The Tampa Bay Lightning have won the last six meetings against the Devils, and they've scored five or more goals in each of the last four meetings. Given the way the Lightning are playing right now, finally looking like the cup contender they entered the season as, it's hard to bet against them until they run cold. The New Jersey Devils have had issues stringing wins together and the defense has been hard to trust to say the least. I'll take Tampa Bay and the PL for added value.

Get Premium Picks Start Winning Now »
The pick in this article is the opinion of the writer, not a PickDawgz site consensus.
Previous Pick
Arizona Coyotes vs. Pittsburgh Penguins - 1/12/20 NHL Pick, Odds, and Prediction
Next Pick
NHL Power Rankings - All 31 Teams: 1/13/20