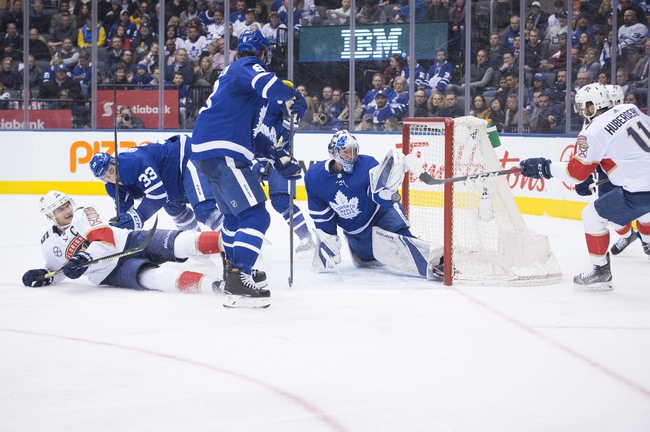 Where to Watch: FSFL, NHL Stream live sports and exclusive originals on ESPN+. Sign up now!

The Toronto Maple Leafs and Florida Panthers meet Sunday in NHL action at the BB&T Center.

The Toronto Maple Leafs went from being flashy offensive team with potential to putting together 60 minutes of complete hockey and the results are starting to pile up in a positive way. The Florida Panthers look like the Maple Leafs of old, and that's a team that scores a bunch but can't get stops and sometimes settles for frustrating losses. With that said, we're getting a talented Panthers team at home and the plus money, and this is a big game with Florida looking to chip away in the playoff standings. I'll take the Florida Panthers and the plus money.

Get Premium Picks Start Winning Now »
The pick in this article is the opinion of the writer, not a PickDawgz site consensus.
Previous Pick
Arizona Coyotes vs. Pittsburgh Penguins - 1/12/20 NHL Pick, Odds, and Prediction
Next Pick
NHL Power Rankings - All 31 Teams: 1/13/20