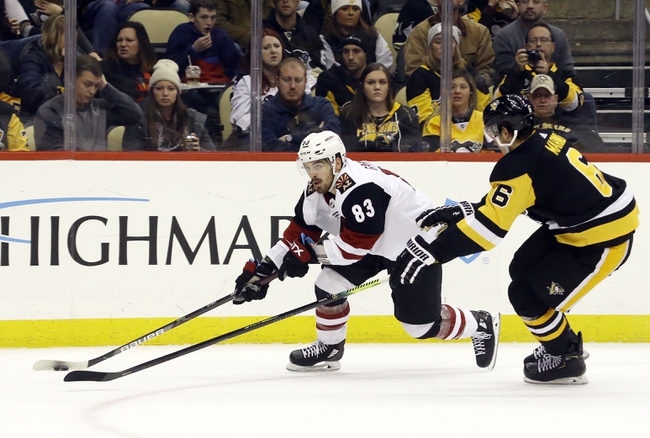 Where to Watch: FSAZ+, ATTP Stream live sports and exclusive originals on ESPN+. Sign up now!

The Pittsburgh Penguins and Arizona Coyotes meet Sunday in NHL action at the Gila River Arena.

The Pittsburgh Penguins have won each of the last five meetings against the Coyotes, which includes five straight overall and a 2-0 win back in early December. However, the Pittsburgh Penguins have been lackluster defensively at times and you have to wonder if injuries are starting to catch up to this squad. The Arizona Coyotes can run hot and cold, but they're still a talented young squad that shows you flashes of brilliance and can be very profitable if you pick your spots right. At home, I'll lean toward the Coyotes getting a big victory.