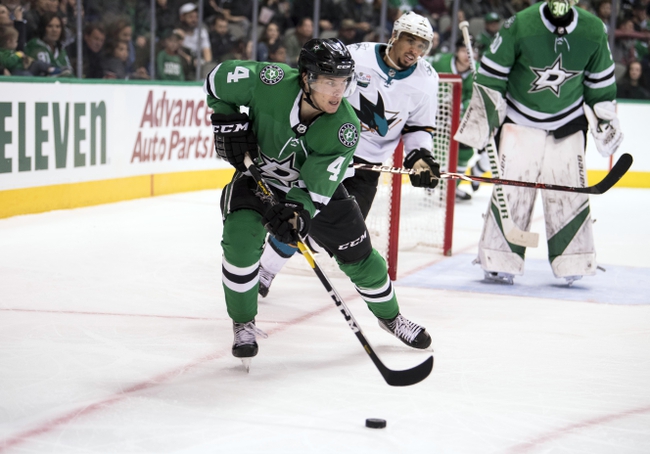 Where to watch: FS-West+, NBCS-California Stream live sports and exclusive originals on ESPN+. Sign up now!

The Dallas Stars and the San Jose Sharks meet in NHL action from the SAP Center on Saturday night.

The Dallas Stars will look to add to their current six-game winning streak after a 3-0 win over Anaheim in their last outing. Denis Gurianov opened the scoring for the Stars on the power play just after the midway point of the opening frame before Alexander Radulov added a 2nd power play goal just after the five minute mark of the 2nd period. The 2-0 score would hold until late in the 3rd period when Roope Hintz would score on a yawning cage to give the Stars the 3-0 score line that they’d ride to the finish line. Ben Bishop got the win to improve to 15-9-3 on the year after stopping all 27 shots faced in the victory for his 2nd shutout of the season.

The San Jose Sharks will look to build on a 3-1 win over the Columbus Blue Jackets in their last outing. The game was scoreless through the opening 20 minutes before Kevin Labanc gave the Sharks the lead just after the opening minute of the period. Joe Thornton doubled the lead on the power play with six and a half minutes to go before Columbus pulled a goal back with under two minutes to play in the 2nd period. Brent Burns would restore San Jose’s two-goal lead just 2:05 into the 3rd period and the Sharks would ride the lead to the final horn for a much-needed win. Aaron Dell got the win to improve to 7-7-2 on the year after stopping 30 of 31 shots faced in the winning effort.

I get that the Stars haven’t had much luck at the SAP Center over the years, but we’re getting a cheap price with a Dallas team that’s been arguably one of the hottest in the league since the beginning of November. San Jose, despite picking up a win in their last game, just isn’t a team I’m looking to back on a regular basis, especially with this low of a line, so I’ll lay the juice with Dallas here.