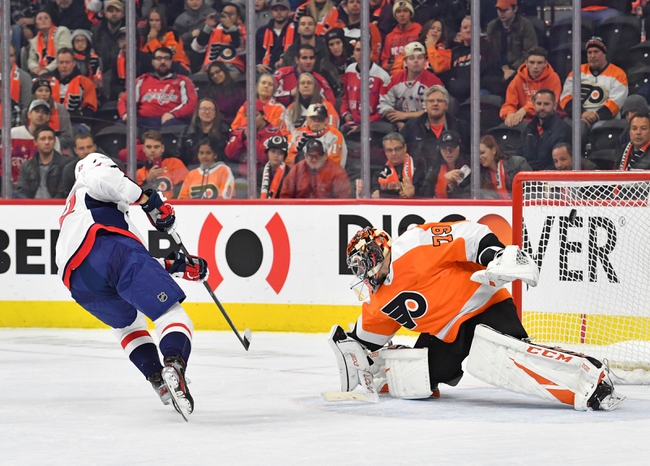 The Washington Capitals and Philadelphia Flyers meet Wednesday in NHL action at the Wells Fargo Center.

While I usually favor the home team with both clubs on the end of back to backs, it's hard to make a case for the Philadelphia Flyers with them getting peppered defensively the way they have been during this losing streak. The Washington Capitals remain in their yearly run where they pile up the points by the truckload, and winning for them on the end of a back to back or on the road has never been an issue. Getting the Caps and this cheap price feels almost too easy.