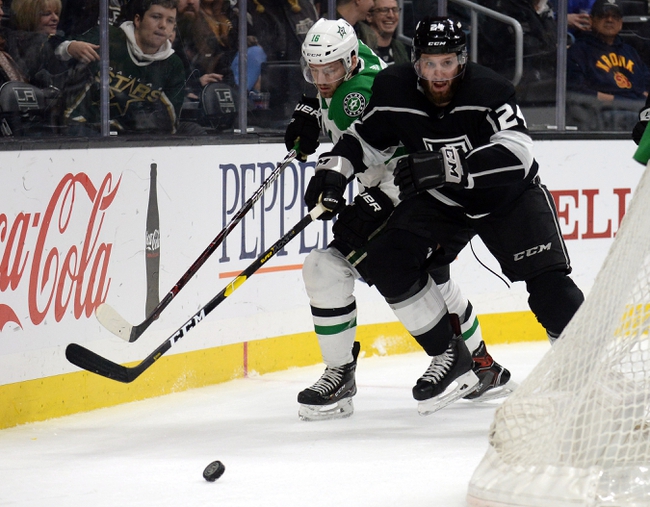 The Dallas Stars and the Los Angeles Kings meet in NHL action from the Staples Center on Wednesday night.

The Dallas Stars will look to build on their current four-game winning streak after a 4-1 win over the Detroit Red Wings in their last outing. Detroit opened the scoring before Roope Hintz tied the game at one for the Stars just after the midway point of the opening period. Radek Faksa and Joe Pavelski scored in the 2nd period to push Dallas ahead 3-1 and Andrej Sekera added an empty-net goal to ice the win for the Stars with just under three minutes to play. Anton Khudobin got the win to improve to 10-5-1 on the year after stopping 22 of 23 shots faced in the winning effort.

The Los Angeles Kings will look to rebound from back-to-back losses after a 4-2 loss to Columbus last time out. Alex Iafallo gave the Kings the lead just 1:26 into the game and the Kings would carry that lead into the 2nd where Columbus would score twice in less than four minutes to tie the game and take a 2-1 lead. The lead held up until the 3rd where Columbus pushed ahead 3-1 just under five minutes into the 3rd. Trevor Lewis pulled a goal back for L.A., but the Kings would be unable to find an equalizing goal before Columbus potted an empty-net goal to lock up the win and send L.A. back empty handed. Jonathan Quick took the loss, falling to 11-16-2 on the year after allowing 3 goals on 23 shots faced in the losing effort.

Los Angeles and plus money at home would be tempting, but the problem is that the Kings are back to having defensive issues left and right, and their strong play at home has started to die down a little bit. Dallas is picking up some momentum again winning four straight coming into this one, and they’ve had the Kings’ number lately, winning 4 of the last 5 and each of the last 5 at the Staples Center. I’ll side with the Kings in regulation to get some extra value out of the wager.