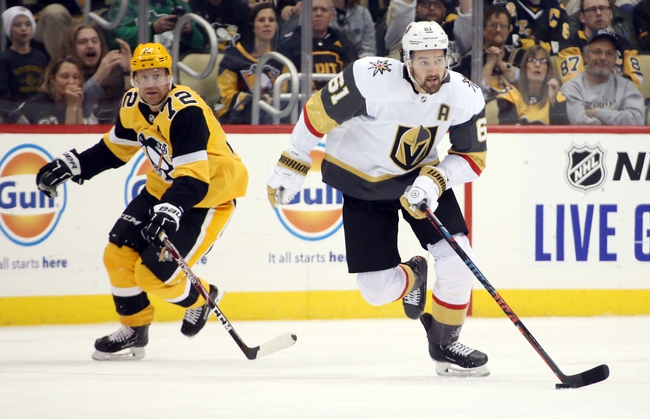 Where to watch: ATTP, ATRM Stream live sports and exclusive originals on ESPN+. Sign up now!

The Pittsburgh Penguins and Vegas Golden Knights meet Tuesday in NHL action at the T-Mobile Arena.

The Vegas Golden Knights have won the last two meetings against the Penguins by a combined score of 10-3, and the home team has won four of the last five meetings overall. The Pittsburgh Penguins are finding ways to win despite injuries, but they've also been peppered here and there on the defensive end and that's scary when going up against above-average teams. The Vegas Golden Knights have also found their success at home lately. I'll lay the reasonable price with Vegas.