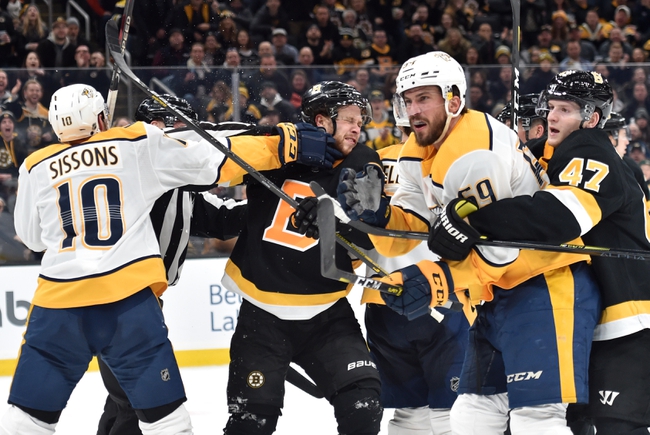 Where to Watch: NESN, FSTN Stream live sports and exclusive originals on ESPN+. Sign up now!

The Boston Bruins and Nashville Predators meet Tuesday in NHL action at the Bridgestone Arena.

The home team has won eight of the last 10 meetings between the Bruins and Predators, and Nashville just beat Boston on the road a couple of weeks ago. Both of these clubs are playing losing hockey overall lately, so this is a spot where I usually side with the home ice and let the cards fall where they may. It's the one clear edge we have in a matchup between teams that can't produce two points. Give me the Predators.