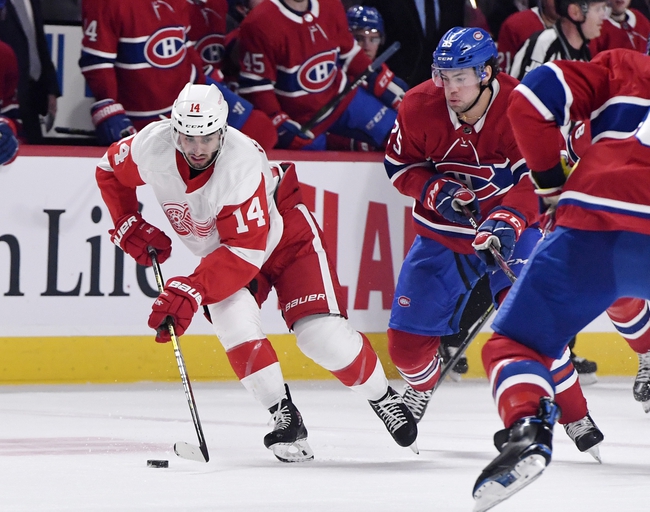 Where to watch: TSN2, FS-Detroit Stream live sports and exclusive originals on ESPN+. Sign up now!

The Montreal Canadiens and the Detroit Red Wings meet in an Atlantic division matchup in NHL action from the Little Caesars Arena on Tuesday night.

The Montreal Canadiens will look to snap a six-game losing streak after a 3-2 loss to Winnipeg in their last outing. The game was scoreless through the opening 20 minutes before Winnipeg jumped ahead 2-0 with a pair of goals 3:14 apart. Ben Chiarot cut into the lead with a goal with just under nine minutes to play, but the Jets would restored the two-goal lead just after the midway point of the 3rd period. Chiarot would scored his 2nd goal of the game just 1:31 later to cut it to 3-2, but that’s as close as the Habs could get, as Montreal wouldn’t find a game-tying goal the rest of the way. Carey Price took the loss, falling to 16-15-4 after allowing 3 goals on 27 shots in the losing effort.

The Detroit Red Wings will look to rebound from back-to-back losses after a 4-2 loss to Chicago in their last outing. Filip Zadina and Luke Glendening staked Detroit an early 2-0 lead by the end of the opening period and the lead held up for much of the 2nd before Chicago tied the game with a pair of goals :45 apart. The Blackhawks took the lead just before the midway point of the 3rd period before adding an empty-netter in the final minute to seal the deal. Jimmy Howard took the loss, falling to 2-14-1 on the year after allowing 3 goals on 26 shots faced in the losing effort.

I get that I’ve ragged on Detroit a lot this season, and for good reason as the Red Wings have been the worst team in the league. However, the Red Wings have picked up wins here and there, and I’m not about to lay this kind of price with a Montreal team that can’t buy a win and has lost 6 straight coming into this one and have had no luck on a back-to-back for some time. I’ll take a shot with Detroit and the plus money in this one.