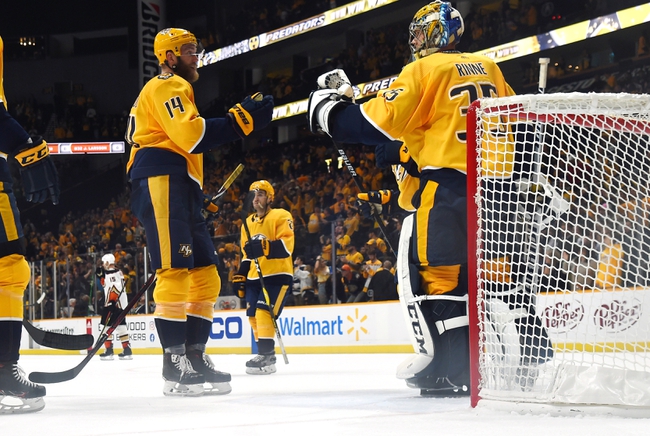 The Nashville Predators and Anaheim Ducks meet Sunday in NHL action at the Honda Center.

The home team has won each of the last six meetings between the Predator and Ducks, and seven of the last eight meetings overall. The Nashville Predators are obviously playing better hockey, but they're on the end of a back to back, something they've had no recent success on lately. The Anaheim Ducks are well rested and are usually able to grind out home wins here and there. I'll take a stab with the plus money.