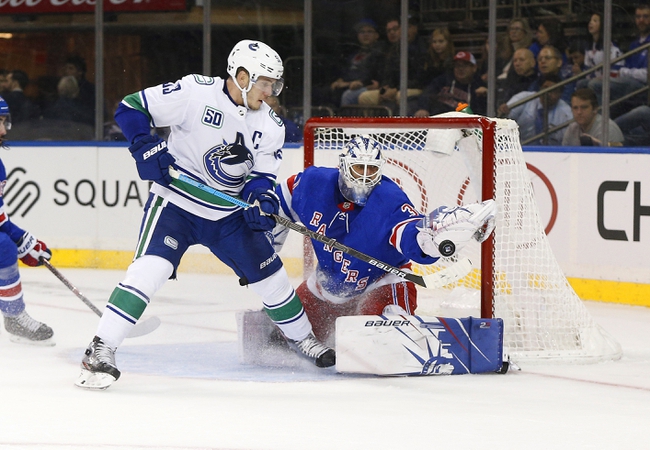 The New York Rangers and the Vancouver Canucks meet in NHL action from Rogers Arena on Saturday night.

The New York Rangers will look to rebound from back-to-back losses after a 4-3 loss to Calgary in their last outing. Calgary stormed ahead 2-0 with a pair of goals 3:01 apart before Jacob Trouba pulled a goal back for New York just :26 later. Filip Chytil tied the game at two just :25 later before Calgary re-took the lead later in the opening period. Kaapo Kakko tied the game again for New York, but Calgary had another answer just 2:36 later. Henrik Lundqvist took the loss, falling to 9-9-3 on the year after allowing 4 goals on 29 shots faced in the losing effort.

The Vancouver Canucks will look to add to their current six-game winning streak after a 7-5 win over Chicago in their last outing. J.T. Miller opened the scoring for Vancouver just over five minutes into the game before Chicago tied the game at one with six minutes to go in the 1st period. Tanner Pearson gave Vancouver a lead just 2:48 into the 2nd and Chicago canceled that goal out too just 1:27 later. Chicago went up 4-2 with another pair of goals 1:52 apart. Quinn Hughes and Elias Pettersson each scored 1:25 apart to make it a 4-4 game heading to the 3rd. Bo Horvat gave Vancouver the lead before Chicago tied the game. Adam Gaudette restored the lead just 2:05 later and Bo Horvat added his 2nd of the game on an empty-netter to secure the win with :09 to go. Jacob Markstrom got the win to improve to 14-11-3 on the year after stopping 28 of 33 shots faced in the winning effort.