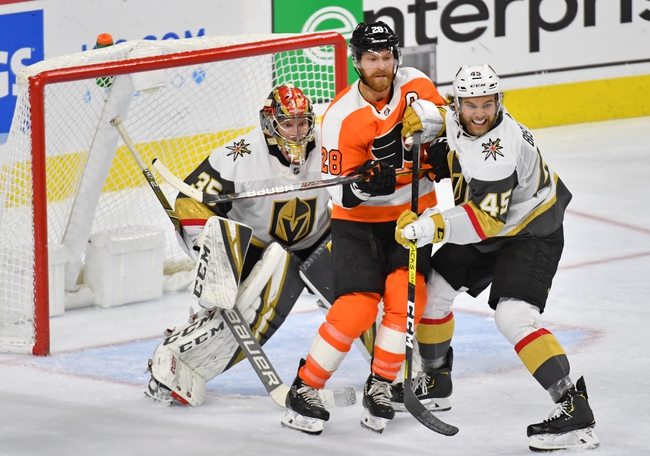 Where to watch: NSPA, ATRM Stream live sports and exclusive originals on ESPN+. Sign up now!

The Philadelphia Flyers and Vegas Golden Knights meet Thursday in NHL action at the T-Mobile Arena.

The Philadelphia Flyers have won three of the five meetings against Vegas, but they've had issues on the road overall as of late and that defense has been getting peppered the last two weeks. The Vegas Golden Knights have been hit or miss, but the defense has improved greatly since the beginning of the season and they're back to having consistent success on their home ice. The price is somewhat reasonable, so I'll side with the Vegas Golden Knights at home.