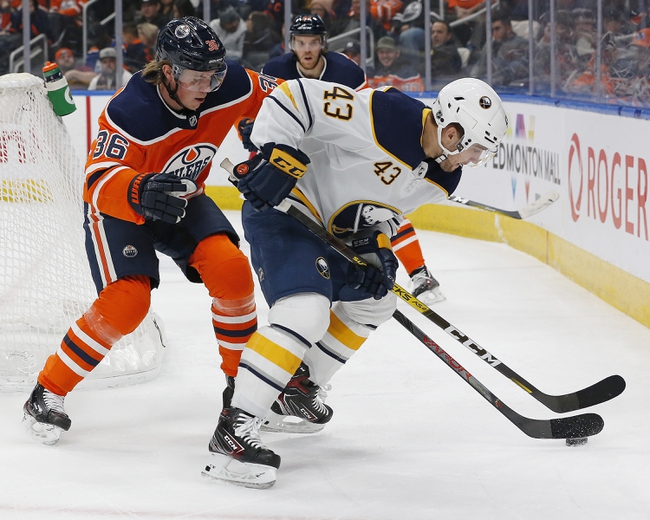 Where to Watch: MSGB, RSNW Stream live sports and exclusive originals on ESPN+. Sign up now!

The Edmonton Oilers and Buffalo Sabres meet Thursday in NHL action at the KeyBank Center.

Both of these teams are playing losing hockey so there's reason to consider the Edmonton Oilers and the plus money. However, the Buffalo Sabres have played their best by far on their home ice and they've actually won five of the last seven meetings against the Oilers. Knowing that, it makes siding with the Sabres at home and the cheap price much more appealing. I'll take the home team at this price.