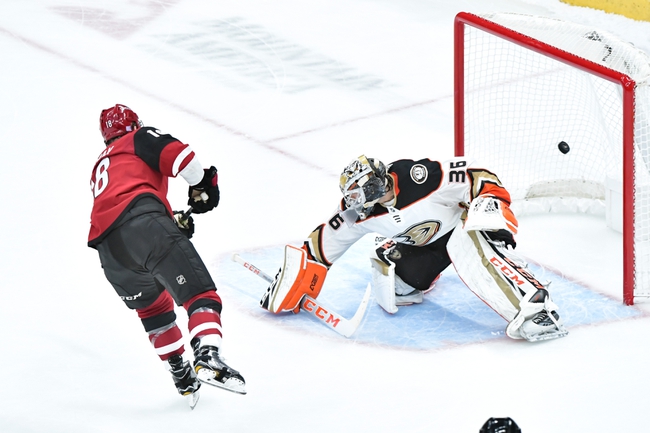 Where to watch: FSW, FSAZ Stream live sports and exclusive originals on ESPN+. Sign up now!

The Anaheim Ducks and Arizona Coyotes meet Thursday in NHL action at the Gila River Arena.

The Arizona Coyotes just cashed for us as an underdog against the St. Louis Blues, and I've said many times before that this is a team that could make you nice coin if they play to their potential. The Anaheim Ducks are in one of those funks again and they've been fade material on the road for a while now. The Arizona Coyotes have also won four of the last six meetings against the Ducks. Give me the home team and I'll lay the juice.