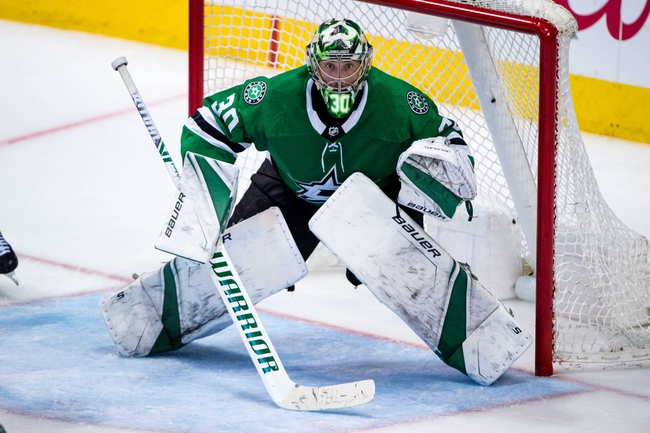 The Nashville Predators and the Dallas Stars meet in the 2020 Winter Classic in NHL action from the Cotton Bowl on Wednesday.

The Nashville Predators will look to rebound from back-to-back losses after a 6-4 loss to the Pittsburgh Penguins in their last outing. Pittsburgh stormed out to a 2-0 lead within the first 1:05 of the game with a pair of goals :33 apart and added a 3rd just over nine minutes into the game. Viktor Arvidsson would pull a goal back for Nashville early on in the 2nd before Pittsburgh responded just 3:55 later to restore the three-goal lead. Craig Smith and Mikael Granlund would score 2:57 apart to cut the Predators’ deficit to 4-3 heading to the 3rdperiod and Granlund would tally his 2nd of the game just before the nine minute mark of the 3rd period to tie things up at four apiece. The game looked headed for extra hockey before Pittsburgh broke the tie with just over a minute to go and iced the win with an empty-net goal just :25 later. Pekka Rinne took the loss, falling to 13-7-3 after allowing two goals on 27 shots faced after relieving Juuse Saros in the 1st period.

The Dallas Stars will be out to build on back-to-back wins after a 4-2 win over Arizona last time out. Arizona opened the scoring just before the nine minute mark of the opening period and doubled their lead with just under two minutes to go in the 1st, carrying the 2-0 lead through the 2nd and into the 3rd period. Jamie Benn pulled one back just 2:18 into the final period and Alexander Radulov tied the game at two just after the midway point of the period. Roope Hintz gave Dallas the lead with just over four minutes to play and Mattias Janmark iced the win for Dallas with the Stars’ 4th unanswered goal on an empty net with just 1:36 to play. Anton Khudobin got the win to improve to 9-5-1 on the year after stopping 33 of 35 shots faced in the winning effort.

I’ve gone back and forth on this game and all I can really picture is a low-scoring game. The temperature for this one is supposed to be in the high-40s/early 50s come puck drop, and I think the conditions and softer ice will cancel out and slow down the high tempo, fast paced style of play that Nashville likes to use, leading to a lower-scoring, more possession based and physical type of game that plays into Dallas’ strategy. I’ll side with the under here and maybe put a bit on Dallas as well but plays on the under are usually my favorite in these outdoor games.