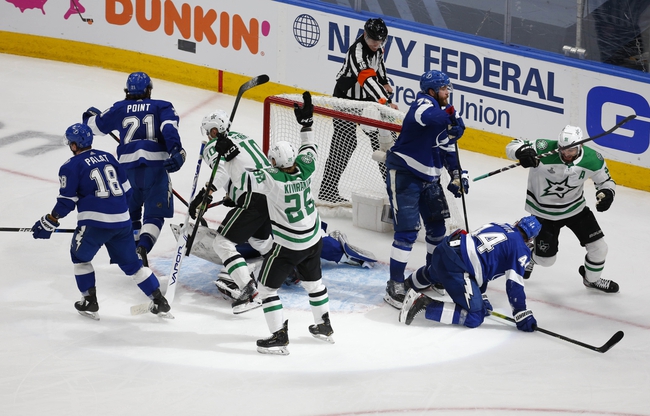 The Dallas Stars and Tampa Bay Lightning meet Monday in game six of the NHL Stanley Cup Final at the Rogers Place.

The Dallas Stars need a win here to save their season and force a game seven on Wednesday. The Dallas Stars are averaging 2.96 goals per game and are scoring on 23.2 percent of their power play opportunities. Joe Pavelski leads Dallas with 13 goals, Miro Heiskanen has 20 assists and Jamie Benn has 69 shots on goal. Defensively, the Dallas Stars are allowing 3.08 goals per game and are killing 80 percent of their opponents power plays. Ben Bishop has given up 12 goals on 77 shots faced and Anton Khudobin has allowed 65 goals on 782 shots. Jake Oettinger has allowed zero goals on eight shots.

I've been all over the place in this series, as I was backing the Stars through five games and right when I gave up on them, they pull out a game five victory in double overtime. These games have been tight and the Stars seem to get the short end of the stick more times than not, but a win like Saturday night where they comeback in the third period and turn up their defensive pressure in two extra periods gives this team new life and a greater deal of confidence. The Stars have shown they can play with the Lightning, it's just about finishing games and avoiding that horrible period defensively.

Give me the Stars and the plus money, as we head to a game seven.