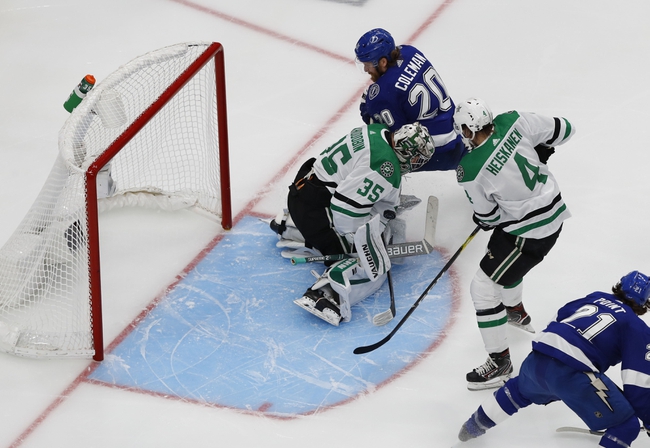 The Dallas Stars and Tampa Bay Lightning meet Monday in game two of the NHL Stanley Cup Final at the Rogers Place.

The Dallas Stars look for another upset victory to take an impressive 2-0 series lead. The Dallas Stars are averaging three goals per game and are scoring on 26.5 percent of their power play opportunities. Joe Pavelski leads Dallas with nine goals, Miro Heiskanen has 18 assists and Jamie Benn has 59 shots on goal. Defensively, the Dallas Stars are allowing 2.95 goals per game and are killing 83.9 percent of their opponents power plays. Ben Bishop has given up 12 goals on 77 shots faced and Anton Khudobin has allowed 50 goals on 646 shots. Jake Oettinger has allowed zero goals on five shots.

The Dallas Stars continue to cash in the underdog role and they've now won three straight games against the Tampa Bay Lightning. The Stars have won five of their last six games as an underdog, so while the Lightning are probably the better team and haven't lost back-to-back games since entering the bubble, it's hard to ignore these prices with the Stars until they stop cashing. I'll take the Stars and a more favorable price based on what we've seen from them in their last five or six games.