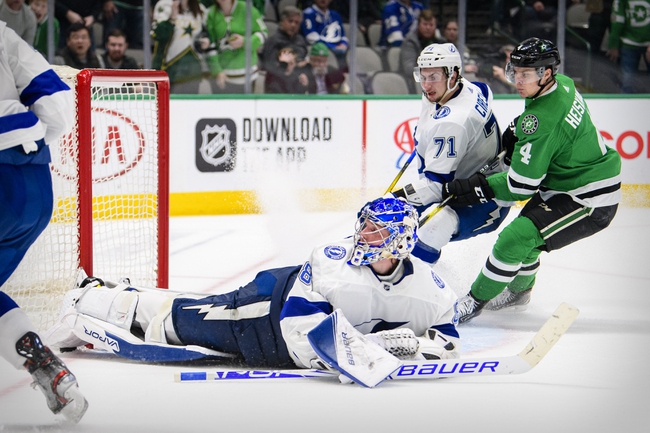 The Dallas Stars and the Tampa Bay Lightning meet in game one of the Stanley Cup Finals in NHL action from Rogers Place on Saturday.

The Dallas Stars punched their ticket to their first Stanley Cup final since 2000 with a 4-1 series win over the Vegas Golden Knights following a 3-2 overtime win in game five last time out. Miro Heiskanen leads Dallas in the points department with 22 total points this postseason, including a team-high 17 assists along with 5 goals. Jamie Benn has 8 goals with 10 assists and Denis Gurianov had a team-high 9 goals with 8 assists. John Klingberg has 16 points with 13 assists while Joe Pavelski and Alex Radulov each have 14 points with Pavelski owning 9 goals to Radulov’s 8. Roope Hintz rounds out the double-digit scoring for the Stars this postseason. Anton Khudobin’s seen the bulk of the workload for Dallas heading into the cup finals, taking over the starting duties from Ben Bishop, after posting a 12-6 record with a .920 save percentage.

The Tampa Bay Lightning will look to make the most out of their first trip back to the Cup finals since 2015 after taking down the New York Islanders in six games following a 2-1 win over New York in the decisive game six in overtime. Nikita Kucherov leads not only Tampa Bay, but all of the NHL with 26 points this postseason including 20 assists, while Brayden Point isn’t far behind with a team-high 9 goals along with 16 assists this season. Victor Hedman also has 9 goals as part of his 15-point postseason performance. Ondrej Palat has 8 goals and 5 assists while Yanni Gourde and Kevin Shattenkirk each have double-digit totals in the playoffs as well. Andrei Vasilevskiy’s seen the bulk of the load for Tampa Bay in goal, posting a 14-5 record with a .931 save percentage and 1.82 GAA this postseason.

I expect game one to be a feeling out process, in addition to the same style of game that we saw from both of these teams in the conference finals for the most part, lending itself to a tighter, more physical and lower scoring game. I’ll side with the under here as I think we have a 2-1 or 3-1 game on our hands, so I’ll back the under in this one. However my stronger play is on who wins this game and I have that as a premium play that you can find here. 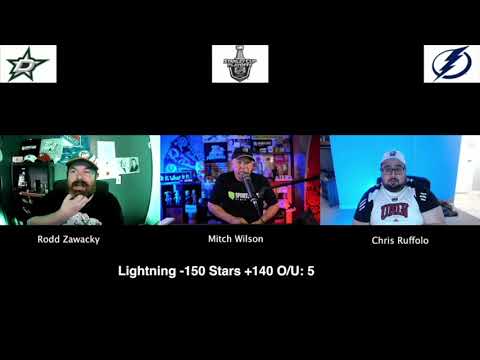