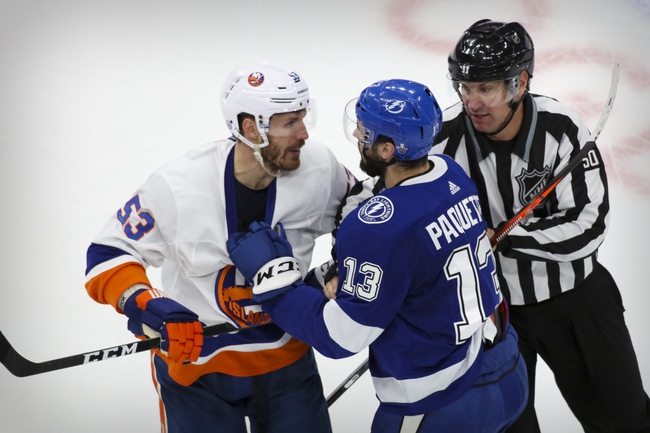 The New York Islanders and Tampa Bay Lightning meet Friday in game three of the NHL Eastern Conference Finals at the Rogers Place.

The Tampa Bay Lightning have easily been the better team in the first two games of this series and are tough to bet against when they get in one of these grooves. The Lightning have also won seven of the last 10 meetings against the Islanders. Still, the New York Islanders are a solid team that's better than what they've shown so far in this series and it's hard seeing such a well coached team continue to get beat up and fall down 0-3 in this series. If we're going to get the Islanders best shot, this would be it.

I'll take a stab with the Islanders and the plus money.