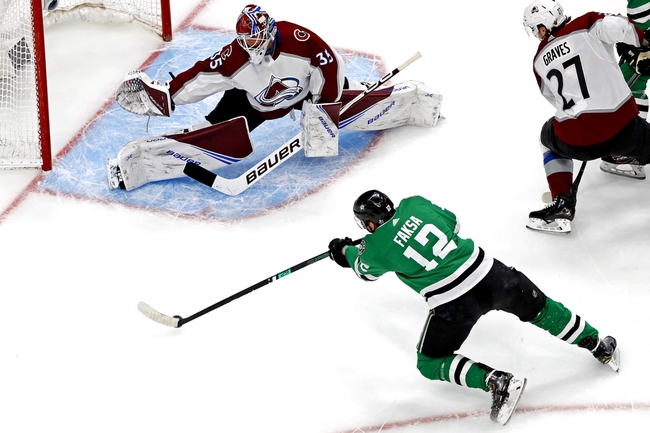 The Dallas Stars and the Colorado Avalanche meet in a deciding game seven in their Western Conference semi-final series from Rogers Place in NHL action on Friday.

The Dallas Stars will try to bounce back and forge ahead after letting a 3-1 series lead slip away and go to game seven after Colorado tied the series at three wins apiece following a 4-1 win over the Stars last time out.

Miro Heiskanen opened the scoring for the Stars with just over two minutes to go in the opening period but Nikita Zadorov would tie the game at one just 1:53 later. The lead held into the second where Cale Makar pushed the Avs in front just under eight minutes into the second period and Mikko Rantanen stretched the lead to 3-1 just over three minutes into the 3rd. Dallas tried going on the attack, outshooting Colorado 9-4 in the 3rd and 28-24 in the game, but it wasn’t enough as Nathan MacKinnon potted an empty-netter with just under three minutes to go in regulation, sealing the deal for the Avs and pushing us to a game seven in this series.

Michael Hutchinson got the win in goal for Colorado after stopping 27 of 28 shots faced in the win while Anton Khudobin took the loss for Dallas between the pipes after giving up three goals on 23 shots in defeat.

This should be one heck of a game seven and this was the series that’s gone seven that I think I’ve had from the get go. With that being said, I’m not sure who goes in goal for Colorado here, but I’m really not sure it matters. You could see the Avalanche come to life in game six, realizing that they’re going to push this to a winner take all and have all of the momentum. Dallas just hasn’t been able to seal the deal, and I just think those struggles haunt them here as Colorado completes the comeback and advances to the Western Conference final. Give me Colorado here in game seven.