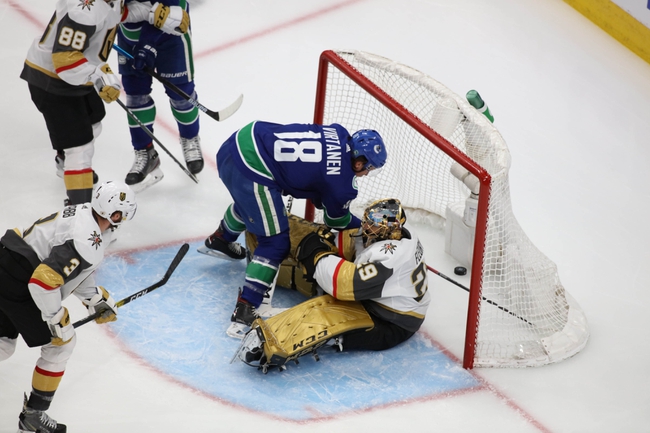 The Vancouver Canucks and Vegas Golden Knights meet Tuesday in game five of the NHL West Second Round at the Rogers Place.

The Vancouver Canucks are putting up a fight and actually had a lead heading into the third period of game four, but they're having issues playing a full 60 minutes and keeping this Vegas team under wraps. The Vegas Golden Knights have not only been the team to beat in these playoffs and are the current favorites to win the cup, but they continue to have these periods where they put up a crooked number almost effortlessly. We saw it in the third period of game four. Also, each of the last six wins for Vegas over Vancouver have been decided by two or more goals. I have to side with Vegas and the PL, as they make another conference final appearance.