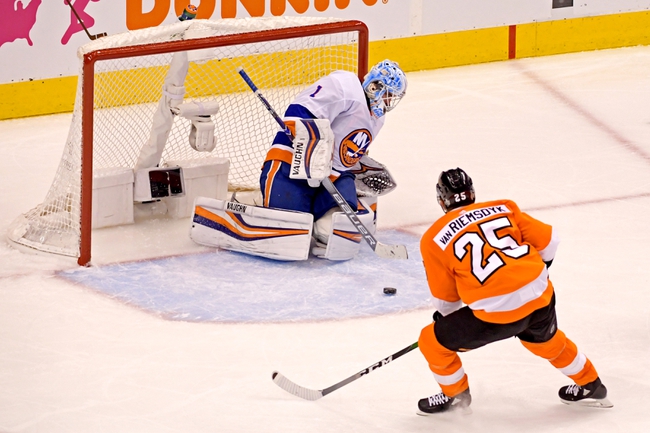 The Philadelphia Flyers and the New York Islanders meet in game three of their Eastern Conference semi-final best-of-seven series from Scotiabank Arena on Friday night.

The Philadelphia Flyers come into this one looking to take the lead in the series after evening the set up at one win apiece following a 4-3 overtime win over the Isles in game two last time out.

Kevin Hayes gave Philadelphia the lead just 1:57 into the game before Hayes doubled his goal mark as well as the Flyers lead just before the midway point of the opening period. Sean Couturier pushed the lead to 3-0 for the Flyers with just under five minutes to go in the first period, but the Isles would come alive in the second when Anders Lee would get the Islanders on the board with just over eight minutes to play in the second period. Anthony Beauvillier cut the deficit to 3-2 just after the midway point of the 3rd and Jean-Gabriel Pageau tied the game at three for New York with just over two minutes to play in regulation, forcing overtime at the end of the 3rd period. The overtime period lasted just under three minutes before Philippe Myers ended things with the winner for the Flyers 2:41 into the extra period.

Carter Hart got the win in goal for the Flyers after stopping 31 of 34 shots faced in the win while Thomas Greiss ended up with the loss for the Islanders after allowing the overtime goal on 21 shots in relief of Semyon Varlamov who was pulled in the first period.

I was firmly behind the Islanders in game three before the postponement after I thought maybe the Flyers would have to put Brian Elliott in or if Carter Hart could deal with another back-to-back and maybe the idea of coming back from 3-0 down to force OT was enough of a moral victory to carry some momentum over for the Islanders here. However, with the day of rest, I think the Flyers have been able to heal up enough to get their wits about themselves here and to get in the right mindset to get back on track. I just think that Philly sees the crack to get back in the driver’s seat and they take full advantage with a win here. 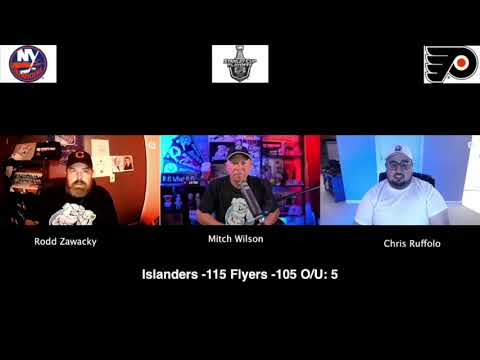