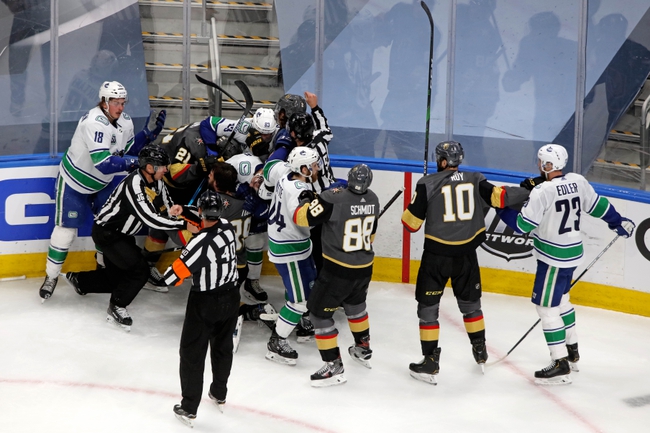 The Vancouver Canucks and Vegas Golden Knights meet Thursday in game three of the NHL West Second Round at the Rogers Place.

The Vancouver Canucks put together a hell of a performance in their game two victory and certainly give Vegas something to think about. The Vegas Golden Knights are still the team to beat in these playoffs, but their defense has to step up in order to take control of things again. With that said, I'm leaning toward the over in this matchup. Both the Canucks and Golden Knights have had no issue scoring in the bubble, and six of the last nine meetings have produced seven or more goals. The over is 4-1 in the last five meetings. Large total, but give me the over six goals.