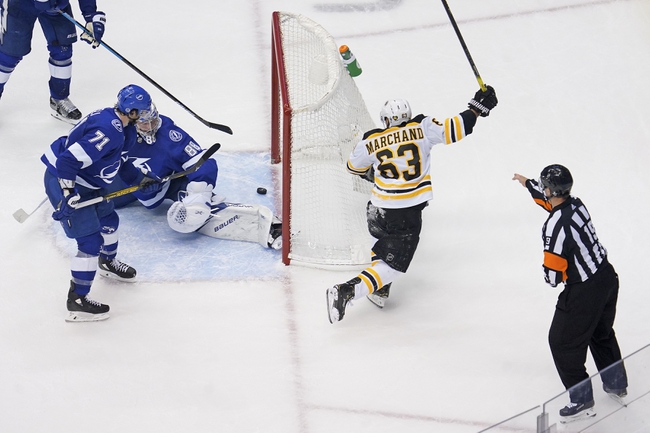 The Boston Bruins and Tampa Bay Lightning meet Tuesday in game three of the NHL East Second Round at the Scotiabank Arena.

The Boston Bruins look for a bounce back victory to take a 2-1 series lead. The Boston Bruins are averaging 2.44 goals per game and are scoring on 19.4 percent of their power play opportunities. Brad Marchand leads Boston with four goals, David Krejci has seven assists and Patrice Bergeron has 37 shots on goal. Defensively, the Boston Bruins are allowing 2.44 goals per game and are killing 87.5 percent of their opponents power plays. Jaroslav Halak has allowed 11 goals on 139 shots faced and Tuukka Rask has allowed 11 goals on 114 shots.

The Tampa Bay Lightning needed overtime to win game two, but they were comfortably the better team with 40 shots on goal, 43 hits and they responded quickly every time the Bruins took a lead. I also like to back the winners of overtime games, especially on the end of a back to back, as it provides a massive energy boost and momentum swing. It's almost like the Lightning won a game and a half last night, and the Bruins can't feel great knowing they were so close to taking a 2-0 series lead and creating some distance. I like the Tampa Bay Lightning and the cheap price in what feels like a crucial game three. 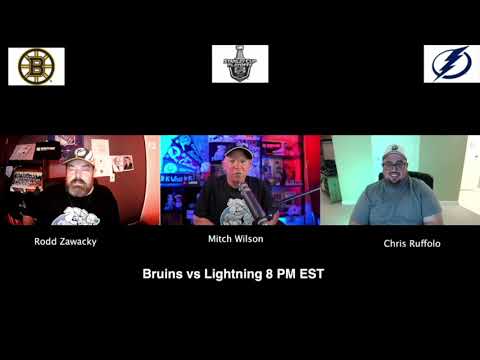