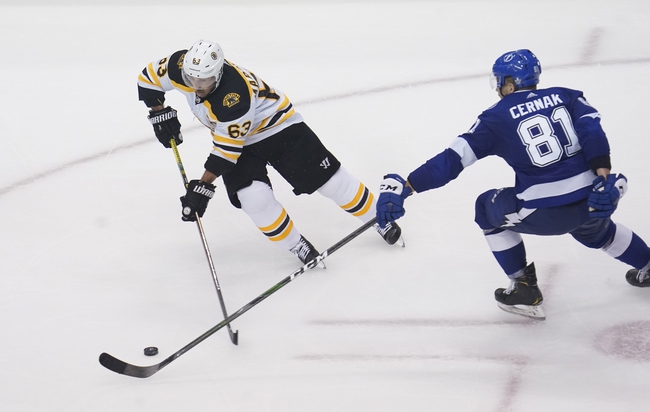 The Boston Bruins and the Tampa Bay Lightning meet in game two of their best-of-seven Eastern Conference semi-final series in NHL action from Scotiabank Arena on Tuesday night.

The Boston Bruins will try to take a 2-0 series lead after a 3-2 Bruins win over Tampa Bay kicked off the series in their last outing.

Charlie Coyle opened the scoring for the Bruins with just over a minute to go in the opening frame before David Pastrnak doubled the lead for Boston on the power play less than five minutes into the second period. Brad Marchand made it 3-0 for the Bruins early in the 3rd period but Victor Hedman would get Tampa Bay on the board just before the nine-minute mark of the 3rd and Hedman would cut the deficit to 3-2 with his second goal of the game with 1:14 to play but the Lightning wouldn’t be able to complete the comeback as Boston slammed the door shut the rest of the way.

Jaroslav Halak got the win in goal for Boston after stopping 35 of 37 shots faced in the victory while Andrei Vasilevskiy took the loss for Tampa Bay after giving up all three goals on 31 shots faced in the losing effort for the Bolts.

Totals of 5 in the playoffs are dicey like we saw in game one, as a team like Boston can go up 3-0, and you go from thinking you’re good in the 3rd period to watching the total push. Now 5.5 on the other hand plays right into our hand for this one. I’m expecting another tight, defensive battle between Boston and Tampa, and I think this one maxes out ant five goals just like the opener did, so give me the under as my free pick for this game, but my stronger play is on the side and I have that pick available as a premium play that you can find here. 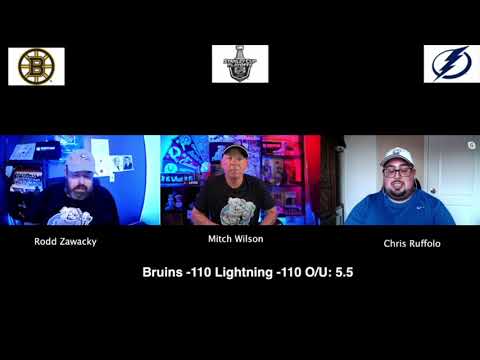