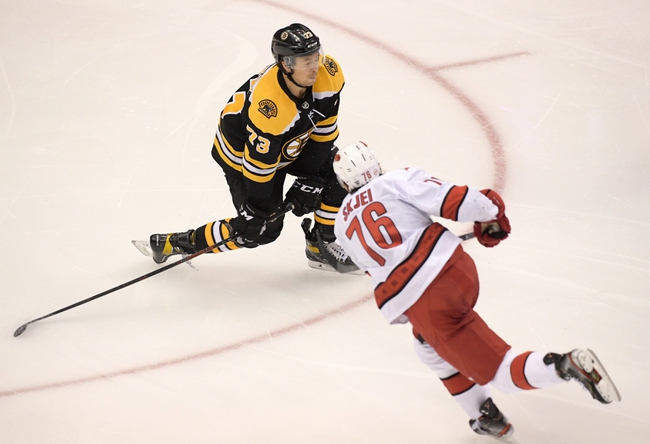 The Boston Bruins and the Tampa Bay Lightning meet in game one of their best-of-seven Eastern Conference semi-final matchup from Scotiabank Arena on Sunday.

The Boston Bruins will look to build off of a series win against the Carolina Hurricanes, vanquishing Carolina in the quarter-finals four games to one after a 2-1 win in game five last time out. David Krejci leads Boston with 9 points and a team-high 6 assists through their 8 games so far this postseason, while Brad Marchand has 7 points with 3 goals and 4 assists and Patrice Bergeron has 6 points with 4 assists. Charlie McAvoy, David Pastrnak and Ondrej Kase each have 4 points while Jake DeBrusk has 3 goals as well for Boston in the playoffs. Jaroslav Halak will be tasked with leading the Bruins going forward after Tuukka Rask left the bubble and opted out of the remainder of the postseason, attending to a family matter back home. Halak has a 3-1 record with a .912 save percentage and a 2.29 GAA this postseason.

The Tampa Bay Lightning on the other hand, enter after playing seven games worth of hockey in their five-game series win over the Columbus Blue Jackets, bookending the series with OT wins, after a 5 OT marathon in game one before a 5-4 overtime win in game five where the Bolts rallied from 4-2 down to tie the game and win it in the extra frame. Brayden Point leads the Lightning in points with a team-high 10 points as well as a team-high 5 goals including the series-clinching OT winner, while Nikita Kucherov has 9 points with a team-high 7 assists. Tyler Johnson, Alex Killorn and Yanni Gourde each have four points with Johnson leading the trio with three goals while Gourde and Killorn each have a pair of goals. Andrei Vasilevskiy has started the whole postseason for the Lightning, posting a 6-2 record with a .927 save percentage and a 1.98 GAA this postseason.

Tampa Bay’s gotten the better of the Bruins in the earlier part of the season, winning four of five against Boston in the regular season/round-robin portion of the playoffs. However, Tampa Bay had a hard time dealing with the grit that the Columbus Blue Jackets brought to the table and like it or not, Boston plays the same style, just better. Andrei Vasilevskiy is capable of standing on his head and winning a game on his own for the Lightning, but I just think that Boston has the tools to take game one so I’ll lean towards the Bruins to steal the opener as my free pick for this game but my stronger play is on the total and I have that available as a premium pick that you can find here. 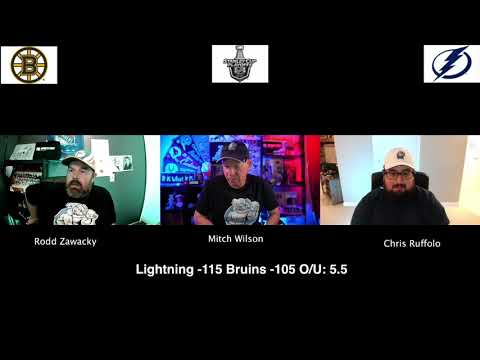