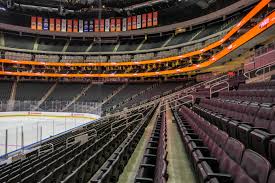 The Arizona Coyotes and the Colorado Avalanche meet in game five of their best-of-seven Western Conference quarter-final series in NHL action on Wednesday night.

The Arizona Coyotes will look to live to fight another day after going down 3-1 in the series with a 7-1 beatdown loss to the Avalanche in game four last time out.

Colorado jumped on the ‘Yotes early, as Matt Nieto opened the scoring with just under six minutes to go in the first period before Nazem Kadri doubled the lead two minutes later and then pushed Colorado’s lead to 3-0 with just :21 to go in the opening frame. Joonas Donskoi pused Colorado’s lead to 4-0 with just over eight minutes to go in the second period before Jakob Chychrun got the Coyotes on the board 1:54 after that. Cale Makar restored Colorado’s four-goal cushion :19 into the third and Matt Calvert made it 6-1 2:38 later. Mikko Rantanen added salt to the wound with a 7th goal with 3:36 to go in the game, leaving Arizona in the dust at the final buzzer. Philipp Grubauer got the win in goal for Colorado after stopping 14 of 15 shots faced in the win while Darcy Kuemper took the loss, allowing four goals on 22 shots before being pulled in the second period.

This series has been hard to figure out from a total standpoint, as the Coyotes are a better team defensively than what we’ve seen and Colorado’s an offensive juggernaut for the most part, but the roles have met somewhere in the middle and we’ve seen higher-scoring and lower-scoring games split the series. With that said, I’m not sure we see a 7-1 game again, but I could easily see this game hitting six or seven goals at the final horn, so give me the over as my free play for this game, but my stronger play is on the side and I have that available as a premium play that you can find here.