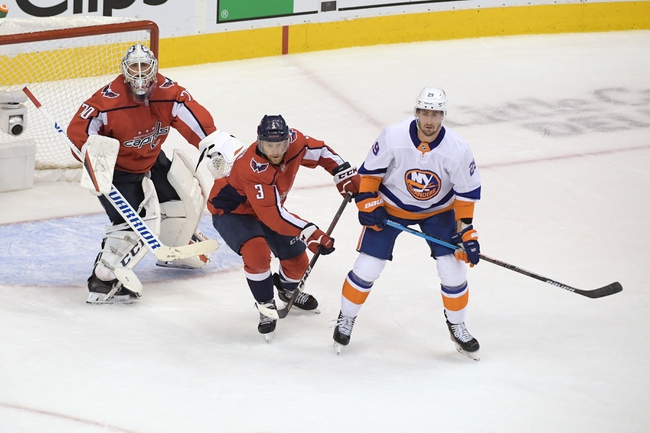 The Washington Capitals and the New York Islanders meet in game three of their best-of-seven Eastern Conference quarter-final matchup in NHL action from Scotiabank Arena on Sunday afternoon.

The Washington Capitals will try to get on the board in the series after falling into a 2-0 series hole following a 5-2 loss to New York in game two. Alex Ovechkin opened the scoring for Washington less than a minute into the game and that goal would hold through the first intermission until Nick Leddy tied the game at one for New York just under three minutes into the second period. Matt Martin would push New York in front just 2:05 later but Ovechkin would tie things up at two-goals apiece just 1:38 after that. Brock Nelson would respond for the Isles just :15 later and New York would ride that lead for the rest of the second period and the majority of the 3rd until Cal Clutterbuck added an insurance goal for the Islanders with just under three minutes to go and Anders Lee would seal the win for New York just 1:07 later, pushing the lead to 5-2 with an empty-netter.

Semyon Varlamov got the win for New York after stopping 23 of 25 shots faced in the winning effort while Braden Holtby took the loss for Washington after allowing 4 goals on 31 shots faced in defeat.

We had to sweat out the over in game two, but with a couple of late Islander goals we got there and I don’t think we have as any issues getting to that number again here. I really think Braden Holtby is running out of gas in goal for Washington without a capable backup behind him to give him a break but Washington’s also capable offensively and should be able to get on the board as well. I’ll side with the over as my premium pick for this game, but my stronger play is on the side and I have that available as a premium pick that you can find here. 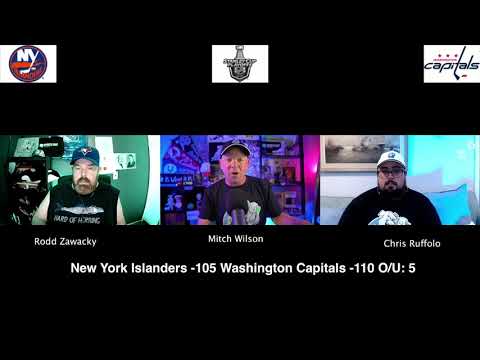