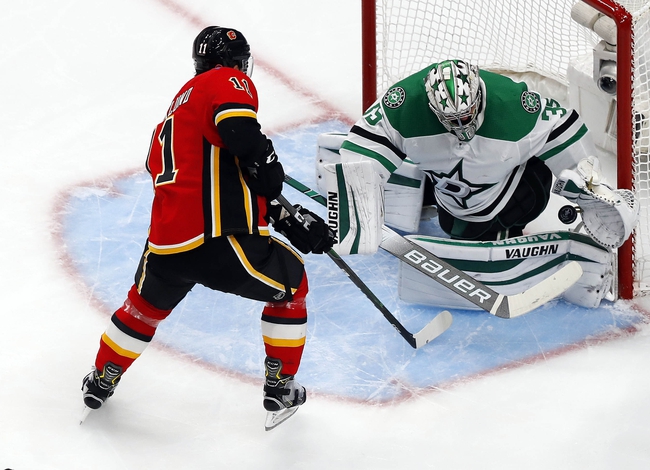 The Dallas Stars and the Calgary Flames meet in game four of their best-of-seven Western Conference quarter-final series in NHL action from Rogers Place on Sunday afternoon.

The Dallas Stars will try to tie the series up at two wins apiece after falling behind 2-1 in the set following a 2-0 loss to Calgary in game three on Friday.

The game was scoreless through the opening 20 minutes but Mikael Backlund opened the scoring for the Flames short-handed just under six minutes into the second period as Dallas owned a 16-4 edge in shots on goal in the middle frame. The Stars put on more pressure in the 3rd, outshooting Calgary 11-5, chasing a game-tying goal but T.J. Brodie would give Calgary an insurance goal instead just past the midway point of the 3rd period and Calgary would ride that lead to the finish line as the Flames would surge ahead two games to one in the series at the final horn.

Cam Talbot got the win in goal after stopping all 35 shots faced in the winning effort for Calgary while Anton Khudobin ended up with the loss in net for Dallas after allowing both goals on 23 shots faced in defeat.

Goals were tough to come by in game three, and for this one I expect nothing different. The last game epitomized what playoff hockey is, tough, grind it out defensive hockey where goals are at a premium and you have to earn every inch of ice. Dallas cleaned it up defensively but it was the offense that couldn’t hold up their end and Calgary did just enough to glaw over the line and get the win. I think this is another battle so I’ll take the under as my free pick for this game but my stronger play is on the side and I have that available as a premium pick that you can find here. 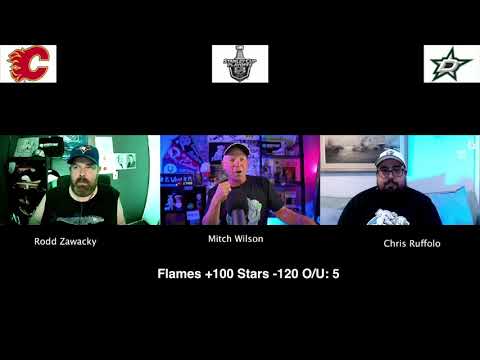