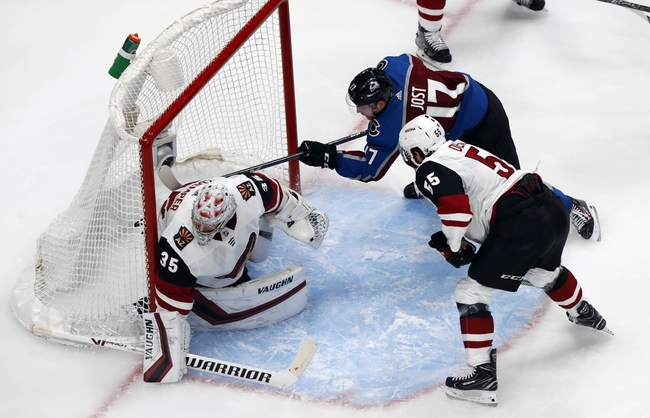 The Colorado Avalanche and the Arizona Coyotes meet in game three of their Western Conference quarter-final series in NHL action from Rogers Place on Saturday afternoon.

The Colorado Avalanche come into this one looking to take a 3-0 stranglehold on the series after picking up a 3-2 win over the Coyotes in game two on Friday.

Nathan MacKinnon opened the scoring for the Avs just 3:40 into the game but Clayton Keller tied the game at one for the Coyotes with just over three minutes to go in the opening period. Tyson Jost restored the Avs’ lead 3:37 into the second period, but once again the ‘Yotes would tie things up at two goals apiece with Michael Grabner scoring for Arizona just 1:29 later. The tie held through the rest of the second and a good chunk of the third period before Andre Burakovsky put the Avalanche up 3-2 with just 2:53 to go in the game. Arizona would press for a game-tying goal late, but it wouldn’t come as Colorado held on for a high-pressure win to go up two games to none in the series. Philipp Grubauer got the win after stopping 30 of 32 shots faced in the winning effort while Darcy Kuemper took the loss, allowing 3 goals on 28 shots faced in the losing effort.

I was burned taking Arizona as a dog on Friday, and while it’s tempting to go back to the well and try again with Arizona desperate to not go down 3-0 in the series, the fact is that Colorado’s just been the better team throughout the first two games of the series and I just think that the Coyotes are starting to fade. Playing a back-to-back on such a quick turnaround won’t help Arizona’s cause either. Give me Colorado to win this game and take a commanding 3-0 series lead in the process. 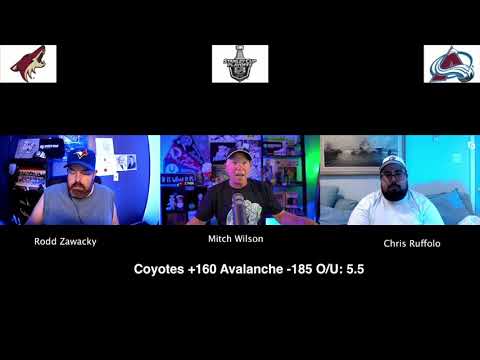