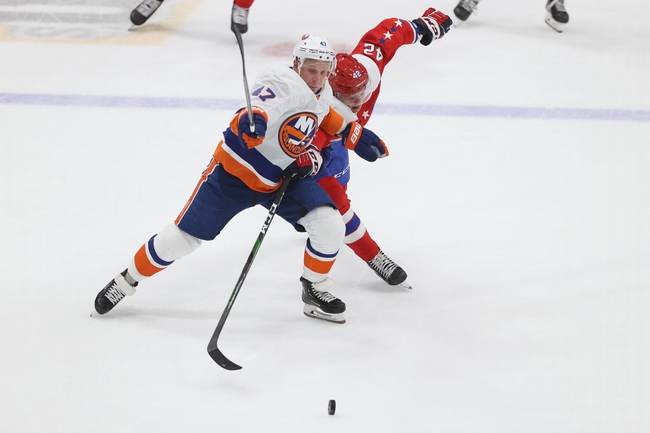 The New York Islanders and the Washington Capitals meet in game one of their best-of-five Eastern Conference quarter-final matchup in NHL action from Scotiabank Arena on Wednesday afternoon.

The New York Islanders come into this one fresh off of their series victory over Florida, taking the Panthers down in four games following a 5-1 win in game four last time out. Anthony Beauvillier led the Isles with 5 points in the series coming in 3 goals and 2 assists while Ryan Pulock, Josh Bailey and Devon Toews each had 4 points with Toews and Bailey sharing the team high of 4 assists. Jean-Gabriel Pageau had 3 goals and Jordan Eberle and Brock Nelson each had 2 goals and an assist while Mathew Barzal added a goal and 2 assists for the Islanders. Semyon Varlamov started all four games in the qualifying round for the Islanders, posting a 3-1 record with a 1.77 GAA and a .932 save percentage in goal.

The Washington capitals enter the quarters as the #3 seed after finishing with a 1-2 round robin record, earning the higher seed with a win over Boston in a battle of 0-2 squads in their final round-robin game last time out. Radko Gudas led the Caps with 2 points thanks to a pair of assists while T.J. Oshie, Richard Panik, Evgeny Kuznetsov, Travis Boyd and Tom Wilson all had a goal. Unsurprisingly, Alex Ovechkin led the Capitals with 10 shots, but what did come as a shock as that Ovi was held pointless through the three games with no goals and no assists in the round-robin portion of the schedule. Braden Holtby started all three round-robin games for the Caps and picked up one win while posting a 1.98 GAA and .925 save percentage in goal for Washington.

I get why Washington would be favored as the Capitals didn’t have to play the rigors of a full-on playoff-style series with the way the Islanders did against the Panthers. However, even in round-robin seeding game that many would argue guys didn’t give 100%, the Caps lost two of three games and were stifled offensively for the most part. The Islanders shut down an explosive offense like the one Florida has in their qualifying series and put 12 goals past a former Vezina trophy winner in Sergei Bobrovsky. I’m concerned that Holtby doesn’t have anyone to back him up if something were to go wrong and if the workload became too heavy. I think the Islanders have enough to steal game one, so I’ll take a shot with the Islanders and the plus money here. 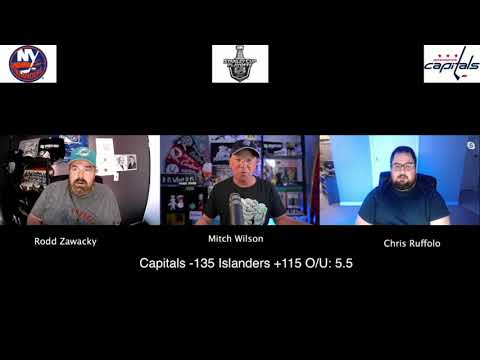