The Carolina Hurricanes and Boston Bruins meet Tuesday in game one of the NHL East First Round at the Scotiabank Arena.

The Boston Bruins didn’t win a single game in the round robin stages, which means they haven’t won a game since March 10. The Boston Bruins are averaging 1.33 goals per game and are scoring on zero percent of their power play opportunities. Chris Wagner leads Boston with two goals, Joakim Nordstrom has one assist and David Pastrnak has 13 shots on goal. Defensively, the Boston Bruins are allowing three goals per game and are killing 83.3 percent of their opponents power plays. Jaroslav Halak has allowed four goals on 29 shots faced and Tuukka Rask has allowed five goals on 60 shots.

The Boston Bruins have won six straight games against the Hurricanes and nine of the last 10 meetings overall. We also know the Bruins are better than what they showed in the round robin stages. With that said, the Hurricanes made moves at the trade deadline in hopes of making a deep playoff run, and they're simply playing the better hockey in the bubble up to this point. Obviously things can change quickly, but in terms of what we've seen right now, the Hurricanes and the plus money is an attractive bet for game one of this series. 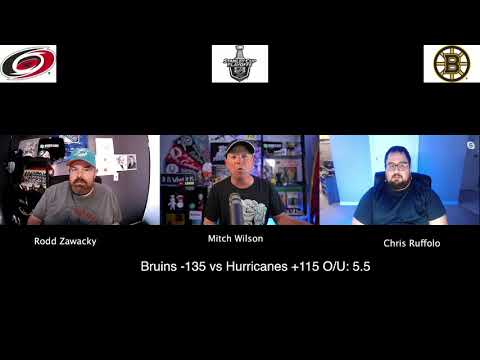