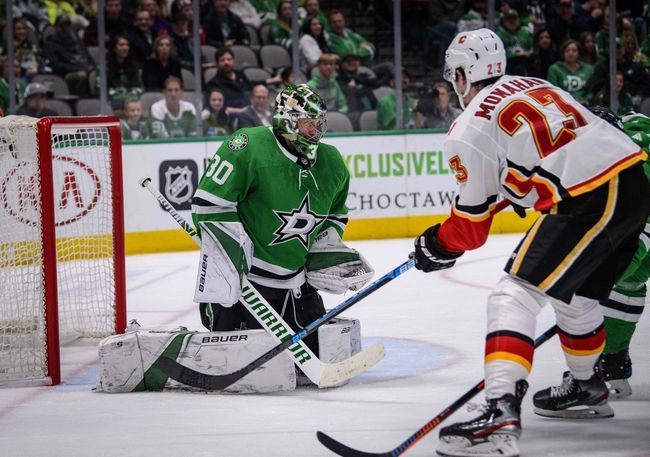 The Calgary Flames and the Dallas Stars meet in game one of their Western Conference Quarter-final series in NHL action from Rogers Place on Tuesday afternoon.

The Calgary Flames come into this one looking to build off of their qualifying round series win over Winnipeg in four games following a 4-0 win in game four last time out. Sean Monahan led the Flames with 6 points including a team-high 4 assists as well as being one of five Flames with two goals in the series. Milan Lucic and Andrew Mangiapane each had a goal and three assists while Mikael Backlund, Sam Bennett, Johnny Gaudreau and Elias Lindholm all had two goals and a helper with Backlund sharing the team lead with 12 shots in the series. Erik Gustafsson also had three assists for Calgary in the series as well. Cam Talbot started all four games for Calgary, posting a 3-1 record with a 1.51 GAA and .945 save percentage with a shutout coming in the aforementioned game four victory.

The Dallas Stars come into the playoff rounds as the #3 seed after salvaging a victory in the shootout over St. Louis in their final round-robin game to secure a 1-2 record and the third seed. Miro Heiskanen led the Stars with 4 points, all coming on a team-high 4 assists while Joe Pavelski led Dallas with two goals. Corey Perry and Jamie Oleksiak also got on the score sheet for Dallas while Heiskanen and Esa Lindell each had a team-high 8 shots in the round-robin series. Anton Khudobin and Ben Bishop split time in goal in the round-robin, but it was Khudobin who recorded Dallas’ only win, posting a .919 save percentage and 2.42 GAA while Bishop had a 4.08 GAA and .875 save percentage after his lone appearance.

Dallas has been a strong defensive team all season long so I get the Stars being favored in that sense. But Dallas can’t catch a break still, losing eight of their last nine games and the Stars won’t have the luxury of the shootout from here on out to get themselves another win past regulation time if needed. Calgary is a tough team that gets after you and if anything points in a certain direction for this series, it’s gone the underdog’s way with the favorite losing each of the last six meetings. I think Calgary steals the opener, so give me the Flames to pick up a solid victory in game one here. 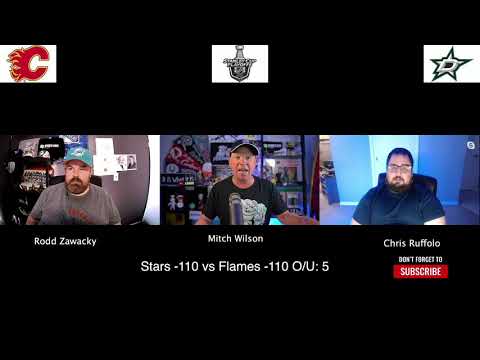